The Zeigarnik effect and memory

Have you ever felt anxiety or even some guilt about some unfinished press of work? When you did not have time to finish it, postponing, and as a result you could not sleep at night, constantly returning to this unfinished task? Why we do not remember something like an important event in a couple of days, and can’t get rid of some nonsense for years?

If so, then you will be surprised to learn the cause of such a condition is not conscience, not a habit to bring the project to the end or a personal tendency to excessive experiences. A similar effect in varying degrees is typical for all the people, and it is known to psychologists for a relatively long time.

This is a Zeigarnik effect, the essence of which lies in the fact unfinished business causes certain internal stress, which makes one remember these things and return to them in our thoughts time and again.

About the Zeigarnik effect

Everyone knows there are many tasks, requiring attention "here and now" in the process of doing the work. The person feels both anxiety and discomfort until all these tasks are completed, while often not realizing what caused it. The more tasks and the higher the level of individual responsibility, the greater the discomfort he feels.

This method can often be seen on TV shows or soap operas to lure a person, make him sit in front of the TV. Episodes are specially created with the innuendo effect, which would draw intrigue and make you look forward to the next show.

You also repeatedly came across this technique, being schoolchild or student. Remember how well you owned all the information to pass all the exams successfully. However, you did not remember anything after a short time. The need to use this information disappeared, respectively, as if it is had been erased from your memory. Is it extraordinary?

How was this effect determined?

In the 1920s, the successful psychologist Bluma Zeigarnik became the discoverer of this amazing effect. Like many discoveries, it was discovered all of a sudden when a waiter at the cafe remembered a very large order, without recording it. Zeygarnik talked with him, and he replied he remembers all the unfulfilled orders, and completely forgets all those which have already been finished. This made it possible to make the assumption a person perceives both finished and unfinished business differently, as this changes the significance status.

About the Zeigarnik study

Next was a series of experiments. Intellectual tasks were offered to students. She determined the time for the task solution arbitrarily, having an opportunity to declare the time had expired and the problem was not solved.

A few hours later, students were asked to recall the conditions of all the tasks. It turned out those tasks that were not completed pop up in memory twice as efficiently! This is the effect of incomplete action or the Zeigarnik phenomenon.

Zeigarnik discovered that unfinished tasks were cited as an example of problems with implementation 90% more often than completed ones. Zeigarnik came to the conclusion there is a significant advantage of keeping interrupted tasks in memory, compared with those that have been solved. The article “On completed and unfinished tasks”, published in 1927, is very extensive evidence of the Zeigarnik initial research.

Other studies confirming this effect

The existence of the “Zeigarnik effect” was confirmed by the Briton John Baddeley, who used anagram sets in the experiment. A limited time period for addressing a number of anagrams was provided to participants. The word “answer” was given to them only when they could not solve the anagram after the specified time had elapsed.

The most interesting thing is that all the participants managed to recall those words they did not solve much better than those they coped with. Completed processes and tasks give a feeling of both satisfaction and completeness, quickly becoming a thing of the past, leaving space for future goals.

Not all research has found support for the effect. During the experiments, it turned out the work of the effect is greatly influenced by such an indicator as the motivation presence/absence when performing the task. So, actions performed with very strong personal motivation are remembered better when they are completed than when they are interrupted for some reason.

In particular, people with high motivation will be more worried about tasks they can not complete, while for people with low motivation even an unfinished task will be less memorable.

We cannot boast of our short-term memory. It is impossible to remember a lot and for a long time with its help (as a matter of fact, it is possible to guess about it by its name). Only a very limited amount of information can be stored in short-term memory. We are able to remember a huge amount of information, but it must be periodically "pulled" to the surface, so as not to forget. This will require a lot of mental effort. The more information we try to remember for a short time, the more difficult it will be for us to store it later.

It is very important to remember a lot of information for waiters, relating to the tables, being served by them. They must remember all the order details until the client finishes the meal and leaves the restaurant.

A variety of puzzles and crosswords are excellent helpers in this mental reboot. With the help of them, people manage to train their memory and memorize much better and more. An example is the Zeigarnik effect. We seem to be playing with this information, throwing it back, then again returning it to our consciousness. The more we concentrate on the unfinished processes, the less likely we are to forget about them.

But what else is interesting — you may have some very old unfinished tasks that are already forgotten. But they can save their stress and thereby influence your behavior, you can sometimes remember them. Such cases should be remembered and completed, if this is possible, of course.

With the help of the Zeigarnik effect, we can both clearly and articulately follow the principle on which our memory works. When information is perceived, it is often stored in the sensory memory for a very short time. With increased attention to the information, it moves into short-term memory. If the information often makes itself felt, it can gradually move into the long-term part of our memory, despite the fact most of the memories still leave us.

The start of the task creates a voltage in memory that does not discharge until the task is completed. This tension is constantly striving for its both realization and completion. This desire affects our memory and behavior. That is, a person seeks to complete his tasks. People like to feel completeness and vice versa do not like incompleteness.

How to use this effect with maximum benefit?

The imprint imposed by the Zeigarnik effect can be traced by simple examples from everyday life. How can you apply the Zeigarnik effect for your benefit? Basically, it can be used as a tool for time management and quick goal achievement. Concentrating on the implementation to the end, you will not find yourself in a situation where several cases will require you to complete, “pushing” on you.

How to improve study results? There is an erroneous opinion that if you sit all night long before the exam, you can remember more. Nothing like this! Try to store information gradually. The more you leave on that very last night, the less information you will remember.

If you are faced with the goal of remembering something important, it is sometimes worth taking small breaks. Review it several times, and then take a break. Do not repeat the information again and again. Try to return mentally to the information that was studied in those moments when you are focused on other matters.

The hardest thing to do is to start. The first thing we encounter is the most difficult part of the work. At this point, we are switching to anything, just to push this unbearably difficult thing away. So can hours, days, weeks pass. But in view of the fact we do not feel ready, no progress has been made on our task.

Divide your task for several small steps. After you've started the first step of work, you will find yourself thinking of the next incomplete steps.

Acting in this way, you will quickly achieve your goal because the task will be performed much more efficiently than at once. You can calmly finish one job and leisurely move on to the next task.

The importance of interest and attention

Nowadays, some techniques for memorizing information are built on the pattern discovered by Zeigarnik. And this effect is still constantly used by filmmakers and TV reporters: for example, to “plant” the audience on the serial “igloo”, it is enough to finish each episode at the most interesting place, that is, to leave the actions of the characters incomplete. The use of interruption tactics has demonstrated its positive influence on both brand involvement and memorization.

Hence, the conclusions that are widely used today in the advertising and media fields:

1) the video should be intriguing from the first seconds so that a person has a feeling of incompleteness by refusing to view;

2) the advertising innuendo or one of the plots, contributing to better memorization. These tricks allow you to “lead” a potential buyer, not only in the process of viewing but also throughout the decision-making distance.

Sometimes it is time to stop some unfinished business, due to a specific reason. Unfulfilled tasks pursue, hunt for you. The thought of this matter constantly annoys you, even at night, disturbing our sleep. However, the more we are disturbed by the unfulfilled business, the faster we proceed to its fulfillment, and this effect plays into our hands in this sense. Repetitive thoughts can encourage people to complete a job. After the task is completed, we feel more confident and successful. 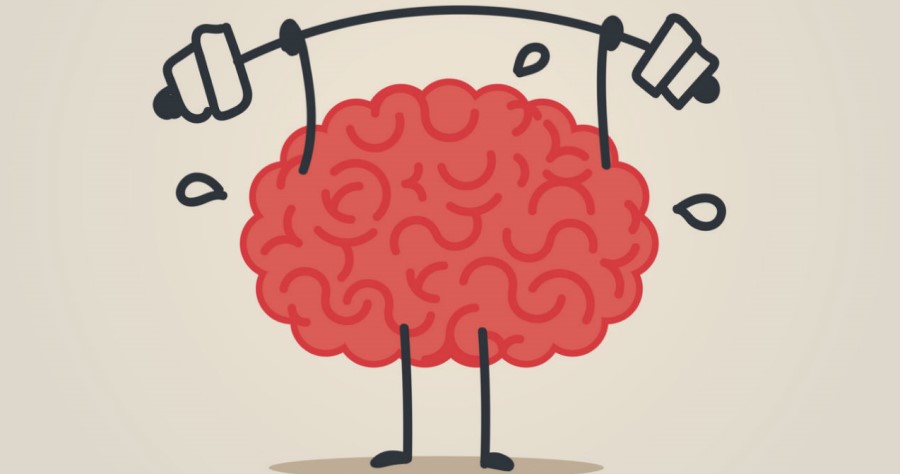 Cafe waiters always remember unpaid orders but often forget about those being paid in advance. That is, we memorize incomplete tasks better than completed. This is the whole essence of the Zeigarnik effect. A person constantly concentrates on unfinished processes during his activity, since the craving for their completion is incredibly great. Take periodic breaks between work so that your productivity to be always at its best.