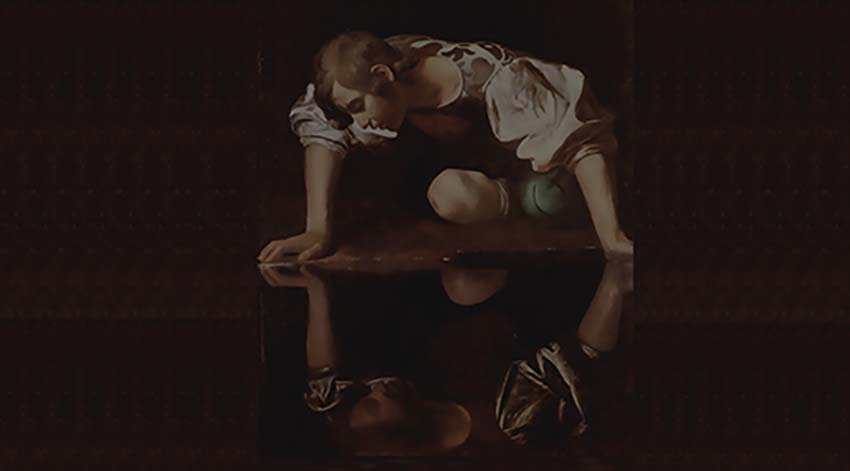 Narcissistic Personality Disorder (NPD) is a psychological disorder that lies in excessive self-admiration, unreasonably high self-esteem, lack of empathy, as well as the permanent need for attention and admiration.

In Greek mythology, Narcissus is a man who died from unrequited love for own reflection.

The constructive form of narcissism is a special form of self-love and a positive attitude to various spheres of life with adequately high self-esteem. Its behavioral manifestations are self-confidence, self-control, the ability to quickly find solutions in difficult situations and to handle the pressure from others.

Vulnerable narcissism is an underdeveloped form of constructive narcissism, characterized by the person’s inability to feel self-sufficient and to form an adequate and integral perception of own personality. Such people usually are strongly dependent on the opinions of those around them, are compliant, and passive.

Destructive narcissism is a disorder, concerning a person's ability to adequately and realistically evaluate themselves. Such people are in pathological need of constant attention and confirmation of own significance. At the same time, they are distinguished by an inability to build trusting, close relationships. To a large extent, this disorder can manifest itself in autism, delusions, paranoid reactions, and psychosomatic abnormalities. In such cases, experts diagnose malignant narcissism.

The causes of narcissism are often difficult to determine, however, the experts determine several groups of factors, predisposing to this disorder.

Most scientists agree that the formation of destructive narcissism, as well as other forms of the disease, lies in the peculiarities of early childhood upbringing.

Psychologists consider narcissism as an egocentric behavior, the reason of which is often an inferiority complex. Low self-esteem in the early years of life can be the result of an inferior upbringing, for instance, with permissiveness or, on the opposite, excessive rigor. Besides, the narcissistic disorder can occur in children who do not the parents’ approval and support, or, on the contrary, are praised too often and without any reason, being worshiped by the family.

Psychologists also consider other factors contributing to the development of narcissism. So, a certain role here belongs to heredity, temperament features, and the level of stress resistance. Quite often, narcissism occurs in adolescents, although in puberty it is not always harmful and disappears as one grows older.

Destructive narcissism may be a symptom of mental illness. Thus, the disorder’s manifestations were noted among the people with schizophrenia. At the same time, patients completely were out of touch with reality and considered themselves god-like creatures.

Signs of narcissism are very diverse.

One can state about the existence of a mental disorder when the following symptoms occur (at least five of them):

* disposition to fantasize about great success, fame, money, attention of the opposite sex. At the same time, such fantasies are often not related to real life;

* the need for constant attention and approval from others; exaggeration of own accomplishments, knowledge, skills, and significance in general;

* Firm belief in own uniqueness, unique talents, genius, that, as a rule, remains unrecognized;

* the propensity to use other people for personal gain;

* demonstrative behavior to show own superiority;

* the tendency to exaggerate own rights, and neglect duties;

* unwillingness to understand the feelings of others, even the closest people, cannot empathize;

* tendency to hide own flaws and focus on other’s ones; any criticism causes an angry reaction or is simply ignored.

Manifestations in men and women

Male narcissism reveals mainly in attempts to achieve a certain significance in own and other’s opinion. Trying to satisfy own ambitions, a narcissistic male can achieve stunning career successes, but this success is quickly replaced by mental devastation. Up to the age of 35-40 years constantly increasing aspirations do not give any concern, as constantly appearing new goals and tasks needed to be implemented.

However, with age, men with such character start feeling more and more miserable. In addition, with such mental disorder, difficulties in building relationships with others, including, family, arises. Destructive narcissism is also indicated with the possible aggression towards others: such men are often called home despot.

Female narcissism is also frequently manifested in ambitiousness. Often there are difficulties in communicating with own children due to excessive requirements and disappointment when the child does not live up to expectations.

Interestingly, the female narcissist often chooses calm, caring men as their life partner, but at the same time, have no respect for them. An even more complicated situation arises when both spouses have a narcissistic character. In this case, there is a constant race between them, that includes causticity and criticism about each other. Naturally, such relationships rarely last long.

A structured interview plays the most significant role in diagnosing. During it, the expert analyzes the responses and behavior of the patient, makes respective conclusions, and identifies mental disorder characteristics. As a rule, unconcealed narcissism is quite simple to identify, since patients have pronounced disharmony in almost all life spheres, and the patient’s denial of it is another typical symptom. Also, when diagnosing, an inadequate, sharp reaction to criticism is taken into account. The identification of pathology signs takes place through specially designed psychological tests and questionnaires.

Take the narcissism test: How narcissistic you are?

When examining patients with destructive narcissism, it is necessary to differentiate the disease from asocial, borderline, and hysterical disorders. Since the patient themselves is not aware of the unhealthiness of own condition, it is their close relatives who usually seek a doctor, from whom the specialist can also get a lot of information of diagnostic value.

When choosing a therapy strategy, every clinical case is considered individually. Since this mental disorder is chronic, therapy may be complicated. As a rule, competent psychological assistance is of key importance in working with such patients. Since patients themselves rarely voluntarily agree to undergo treatment, for a specialist it is extremely important to find the right approach to the patient. Quite often, doctors use an approach that initially shows a doctor’s supportive and respectful attitude to the patient.

Good results in the fight against NPD are shown by using psychotherapy in individual and group forms. Explanatory conversations are conducted with patients, helping them to realize the unhealthiness of their condition, accept it, and find constructive solutions to learn how to regulate own self-esteem. The therapist must know how to correctly reveal the essence of the disease, otherwise, the patient may simply reject the treatment.

The use of drug therapy is possible in the presence of depressive disorder, panic attacks, phobias, and other mental disorders. It is should be considered that drugs do not treat the narcissism syndrome itself, but only eliminate its clinical manifestations.

Since narcissism is formed under the influence of certain factors, it can be avoided if we contribute to the development of a normal personality type starting as early as childhood:

* it is necessary to maintain a child's sense of self-esteem and independence from the opinions of other people;

* children should not be prohibited from crying to express the feeling of resentment or grief;

* if necessary, parents should know how to say a firm "no" to the child, not indulging whims;

* no need to stingy with the praise when the child truly deserves it. At the same time, psychologists recommend not to bragging about the child’s achievements in their presence;

* the child should not become a bystander to family quarrels;

* Upbringing should be conducted in such a way that the child understands that they live in a society, but not that society is functioning solely for them.

If you suspect that you or your loved ones have NPD, we suggest you consult a specialist as soon as possible.