Peter Pan Syndrome - When Boys Refuse to Grow Up

“All children, except one, grow up” – this is how a fairytale by a Scottish writer James Barrie starts. It says about Peter Pan, the boy who preferred life in the real world to the Neverland – a fantastic country.

Now, more and more children happen to be like Peter. They live only for pleasure. You can bet it wouldn’t be a problem, a child is a child, but ... this article will talk about “boys” who have crossed a milestone of 20-30-40 years long ago.

You will definitely like: Take our True Love Test to know your love type! 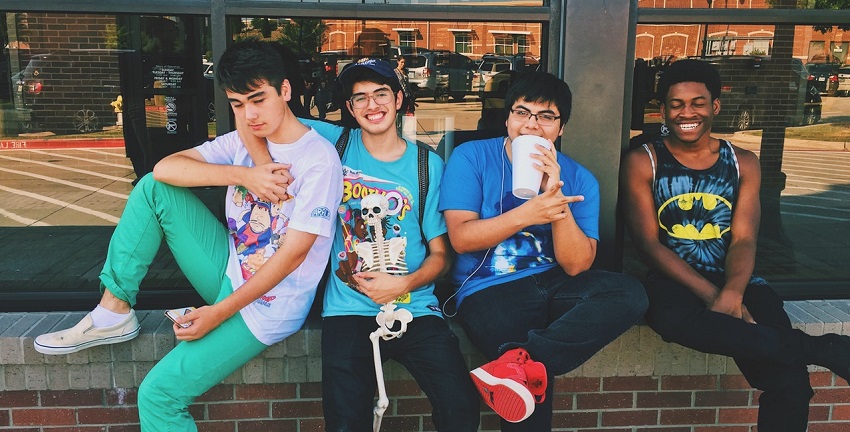 In adolescence, they can express coldness, aloofness, aggression, and other negative emotions towards their beloved ones. It mostly affects parents. However, such behavior may also be a normal manifestation of a typical riot period. You can suspect an emerging disorder if your son is already 15-17 years old, but he still doesn't know what he wants to do, cannot make breakfast for himself, is not interested in girls. In general, he has another important battle in a computer game, so “I have no time, we'll talk about it later”.

Then, a young man with Peter Pan syndrome faces the inability to build healthy partnerships. Facing communication problems, especially with girls, the “boy” decides that people around him are “not what they should be”. It makes him feel superior and he starts abusing them.

“Trolling” his beloved ones, hitting their most vulnerable spots becomes one of his favorite amusements for self-affirmation.

Sooner or later, he finds himself in a company of “kids” like him and falls under their influence. Parties become long and regular, the man lives his life "to the fullest", "here and now", which affects his studies and other important life spheres. Lazy pastime becomes the most important thing. This is a dangerous period, as alcohol, drugs, games and other types of addictions can develop.

Later (mostly after graduation), the necessity to work makes such man desperate. Now he faces his first serious crisis between “I want” and “I need”. Gradually, he will adapt to the norms and rules established in society and will try to comply with them. However, no position requiring responsibility and job functioning will morally satisfy him.

Frequent change of workplaces and the search for self are natural "Peter Pan"'s traits, which never meet success. At the same time, he can often make very decent money, most of which will be spent on endless fun.

Attempts to establish relationships fail and are limited to casual relationships or even the absence of sexual contacts until the age of 20-22. He believes that no woman can meet his interests (this is not about sex, but about the inability to establish normal communications with the opposite sex in general).

The guy denies his communication problems, and developing a sense of uniqueness, superiority, he becomes a typical narcissist. At the same time, “Peter Pan” learns to charm everyone: he is seen as a kind, sensitive, interesting, well-groomed man with extraordinary charisma. No doubt he impresses women, but in practice, it turns out to be nothing more than his subconscious manipulation.

For sure, he wants to set a closer contact with women, so there are always a lot of women around him. Most of them quickly leave due to his infantility. However, sooner or later, there is a very one who falls into its cleverly made trap.

A distinctive feature of the relation's first stage with "Peter Pan" is their fast-paced, stupefying beginning: extremely strong emotions, lengthy correspondence, conversations that take hours, impetuous passion. Both are sincerely convinced that this is love at first sight, and they were made for each other.

Subconsciously, the “eternal boy” has only one goal – to get to know the girl as close as possible, to win her trust, and then to launch his favorite manipulative device – “emotional swings”.

“Emotional swing” is a repeating cycle of mood’s ups and downs: either the maximum intimacy, then a sharp and unreasonable distance.

After establishing closeness and having a vivid love period, suddenly “Peter Pan” becomes cold and indifferent. Usually, the eternal boy’s victims are bright and successful women: responsible, reliable, strong, independent, who are "strike a woman, strike a rock"; completely the opposite to the infantility and carefree boy. For “Peter” they are a tasty morsel which can be used for easy self-assertion.

A woman for him is another point in a “boy’s wishlist”, like a new car, quadcopter or a gadget, – the list is endless.

The man’s rough and inadequate emotional change can be a worrying sign during the first six months – one year of relationships. Today you are the love of his life, a future mother of his children, and the best woman in the world, but tomorrow his opinion will be totally the opposite: he will suddenly become dissatisfied, gloomy, and in every possible way will avoid talking to you.

When you try to find out the reason of his coldness, most likely you will get a long answer about the autumn (and then winter, spring, etc.) depression, the moon in the wrong phase, and the unfavorable nature of the Universe in general. And if you swallow this, he will use even more ridiculous and sophisticated answers. For example, “Sorry, but you have cellulite on your left thigh, I can’t help myself”.

After that, “Peter Pan” will shrug his shoulders and disappears, and the woman will be left alone in complete confusion, because previously, most likely, she has never met such an attitude towards herself. Everything was so fine and nice, but now it turns out that it is she who has a problem. A sense of guilt and deficiency is forming. 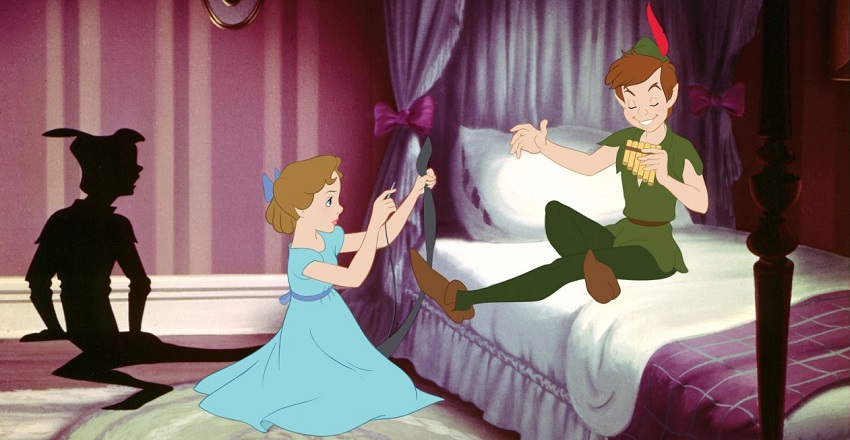 Trying to answer the question “What was it?” the girl will spend all her vigor and money to deal with cellulite (which, probably, doesn't even exist). She’s not crazy, just by this moment the “eternal boy” had already managed to attach her emotionally so much that, taking into account their perfect relationship, the man’s sharp alienation is perceived as if she is the one to blame the breakup. The woman's self-esteem is rapidly decreasing.

And guess who appears as soon as the girl calms down a little? Right! Our "boy"! With flowers, wine, declarations of eternal love, singing the praises and being sorry for deeds! He breaks into her life as rapidly as he left it. The girl decides that the man “came to his sense” and she takes him back.

The period of euphoria and romance starts again; they can even get married. Still, the woman has no suspicion that she has just passed the first test by “Peter Pan” for how deeply she has swallowed his hook. The second cycle of “emotional swing” starts, and then ...

You can change the color of your hair and eyes million times, learn 33 ways to cook turkey for the Thanksgiving, attend all kinds of femininity/makeup/blowjob classes, he will always find a new flaw in you, turn down intimacy, devalue your achievements, spread guilt feeling, leaving you without looking back, and then come back, regretting his behavior and making declarations of “love”.

He lets you pay, all the time 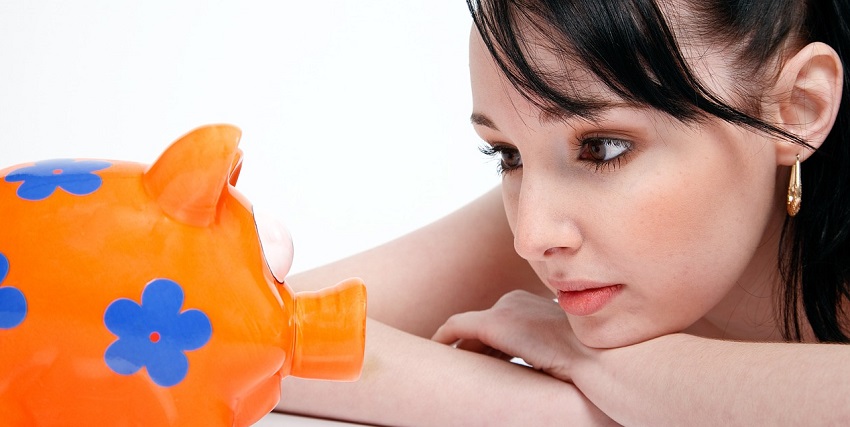 If you are already married, during periods of estrangement he can be with you physically, but emotionally he will be far away in his dreams, or in a “parallel universe”. All chores and even responsibility for the family material well-being will become the responsibility of the woman.

"Peter Pan" will spend days partying, while his wife stays with their baby alone; he will spend endless hours surfing the Internet in search of another boyish “wishlist”, when at home the faucet is leaking for three months already or a door is about to fall out of the jambs; will drive his friends homes until midnight, while his wife waits for him at the airport, having arrived from another exhausting business trip.

“Peter Pan” will put off all the important family matters for later, which mostly means "never." Infantility leads him to set incorrect life priorities. The real-life seems to the “boy” being boring and dull, responsibilities make him desperate, constantly discontented and disappointed in the whole world. Teenage soul, imprisoned in an adult body, constantly requires party and fun. 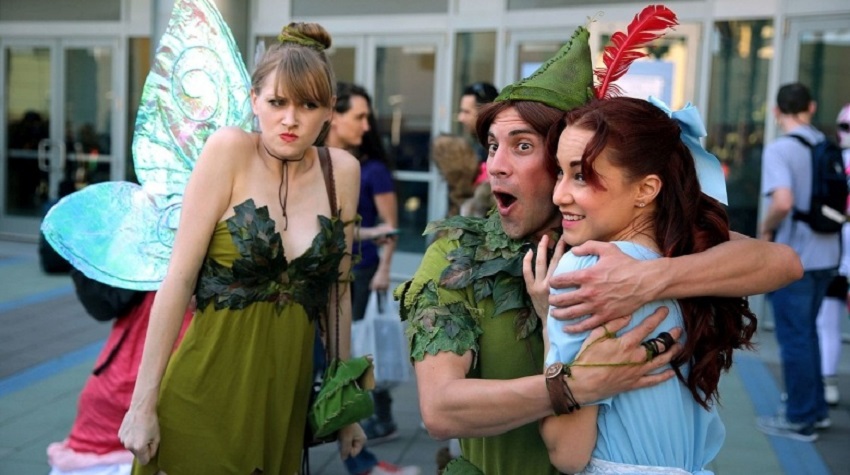 The inability to establish deep emotional ties with the loved ones makes "Peter Pan" constantly look for, in his opinion, the “ideal” woman. Remember, we mentioned that there are many women around the “eternal boy”? If he has a wife, nothing changes. Even if you fasten a chain to his leg and put on a strict collar and muzzle, he will still find a way to cheat.

If physical betrayal does not take place, emotionally he will be with another woman; between solving urgent family issues and flirting with an attractive colleague in a messenger, he will surely choose the second option. At the slightest wife’s suspicions, the “boy” will either shrink into his shell or lie pathologically, inventing the most ridiculous excuses on the go, making the woman doubt her own adequacy. The blame will increase, now he says that she does not act like a wife but like a mother. This is logical: often a woman really becomes a “mommy” for him. Well, what can she do, if there is next to you not an adult fellow, but a 14-year-old teenager?

The “Peter Pan” woman is just a resource for satisfying his needs and combating complexes. Such relationships considerably injure the woman’s psyche, in some cases can lead to severe depression development and even suicidal attempts. Frequently, the woman realizes the total absurdity of the situation only in a few (sometimes tens) years.

By this time, the “emotional swing” had already drawn both of them to the extent when it became almost impossible to stop them.