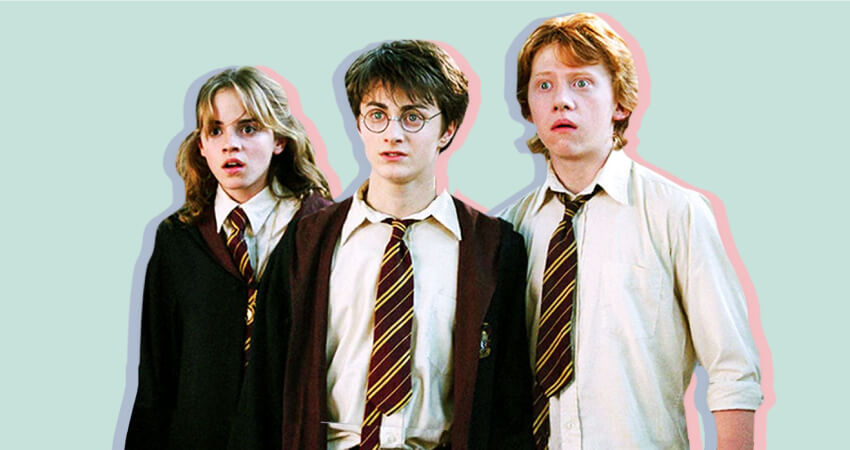 Since childhood, we have watched the adventures of Harry and his friends, but we couldn’t even imagine that many characters, both positive and negative, demonstrate symptoms of serious psychological disorders. What problems could wizards go to a psychoanalyst with? 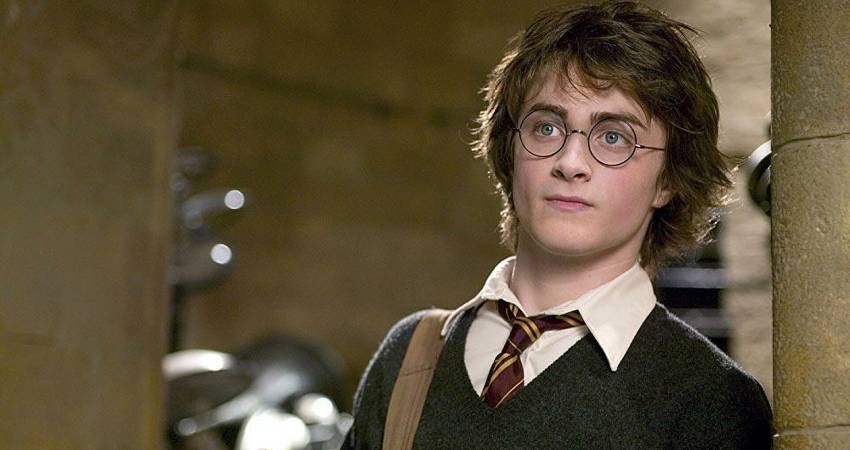 Despite the fact that Harry is a kind, sensitive boy who is always ready to help, he suffers from impostor syndrome. This is a psychological phenomenon in which a person is constantly afraid not to meet other people's expectations, seeks validation for their achievements, and doubts their own abilities. Despite external evidence of their consistency, people susceptible to this syndrome continue to be confident that they do not deserve the success they have achieved.

Harry expects too much from himself, he’s afraid that others will laugh at his failures, and he will be recognized as incompetent. He explains his victories by being in the right place at the right time, by the help of other people, or even denies his own merits. Often the reason for the development of such a syndrome is a humiliating attitude and abuse in childhood because after such an experience it is difficult for a person to show leadership abilities, it’s hard to believe that they’re a unique individual who deserves respect. We know how Harry spent his childhood, how much ridicule and bullying he experienced. Therefore, there is nothing surprising about his fear of not living up to Dumbledore's expectations or doubts about Harry defeating the Dark Lord.

According to modern research, two out of five successful people suffer from impostor syndrome. In modern society, this disorder often affects women, for example, many successful businesswomen believe that others overestimate their abilities precisely because of this syndrome. 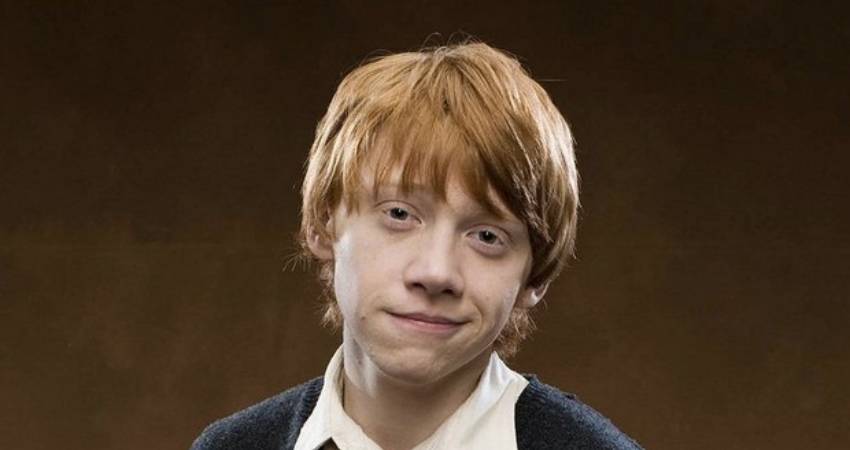 Ron Weasley is the youngest son in a large family with many children. His older brothers are talented, active, and always in the spotlight, and Ron constantly compares himself to them and not in his favor. He considers himself too "ordinary" and suffers from low self-esteem.

Ron is sensitive to criticism and comments people make at him, he’s afraid to express his own creative ideas, he longs for praise and approval from others. Ron, like all people with low self-esteem, tends to criticize not only himself but also his loved ones. Not accepting himself as he is, in the absence of balance and inner harmony, Ron subconsciously begins to look for flaws in friends, family, and the world around him. As he grows up, Ron increasingly expresses his dissatisfaction and criticism.

Such people are very easily amenable to third parties’ suggestions (for example, Ron easily believed that Harry did not consider him his friend). Low self-esteem incites irritability, jealousy, self-condemnation, doesn’t allow a person to believe that they’re able to achieve success and be interesting to others.

What do we know about Hermione? She has everything planned down to the minute, the plan is thoroughly thought out and systematized. She is organized, serious, single-minded and determined. She expects too much from herself, she constantly needs to prove superiority to raise her self-esteem. The worst thing for her is to be expelled from school.

Hermione vividly demonstrates all the symptoms of Excellent Student Syndrome, it’s very important for her to get the best grade, praise from leaders, and recognition from other students. You might think that such a person never gets into stressful situations, but in reality, Hermione lives in eternal stress, as she’s afraid of not meeting the bar set high and is panicky afraid to make a mistake. Any deviation from the rules is horrible to her. Anything that can’t be controlled is a great stress for her - especially the sphere of feelings and relationships.

The syndrome of an excellent student gradually makes a good performer out of a person, but deprives them of spontaneity, paralyzes their creative development and creative abilities.

From the very first glance at Luna, we can notice that something is wrong with her. Such people feel really different from others, special.

Schizotypal disorder is characterized by withdrawal from reality, eccentric behavior, a disorder of thought and emotions, but this is not schizophrenia yet. Such people tend to isolate themselves socially. In addition to the fact that she dresses in an extremely unusual way, her behavior and speech are also far from accepted standards.

Luna plunges headlong into her own world of illusions and perceives the real world through the prism of emotions she had experienced and wrong linkages between things. 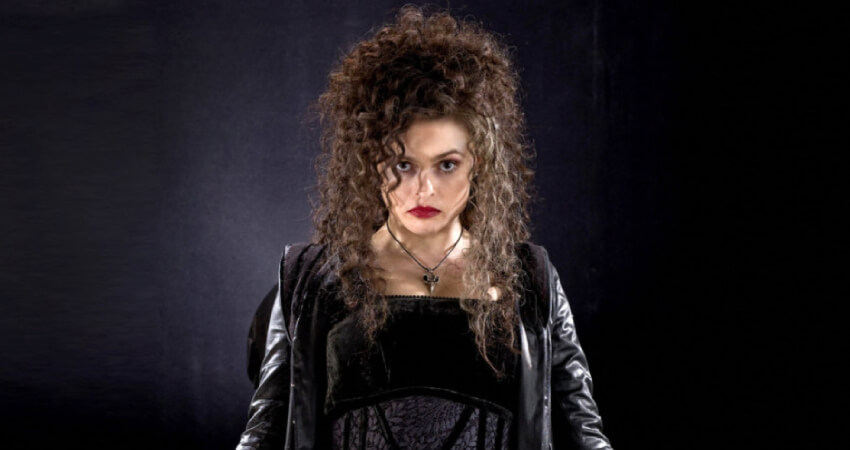 Bellatrix is ​​famous for her high emotionality, theatricality, and feigned manners. She suffers from a hysterical personality disorder, or maybe, on the contrary, she enjoys it. She loves to dramatize everything, flirt, and she does this to attract attention, and not always in an adequate way. In addition to her eccentricity, she dresses quite provocatively, emphasizing her sexuality and standing out from the crowd.

Her behavior is often provocative. In addition, she gets too attached to people and interprets relationships as closer ones compared to what they really are. She is dependent on other people's opinions and easily falls under the influence of other people or situations, craves popularity, and recognition. In moments of loneliness, she feels inner emptiness and torments herself with the thought that in reality, she’s not worthy of love.

This condition is often accompanied by antisocial or narcissistic behavior. Interestingly, recent studies have shown the same prevalence of hysterical personality disorder among women and men, although previously this disorder was considered exclusively female. 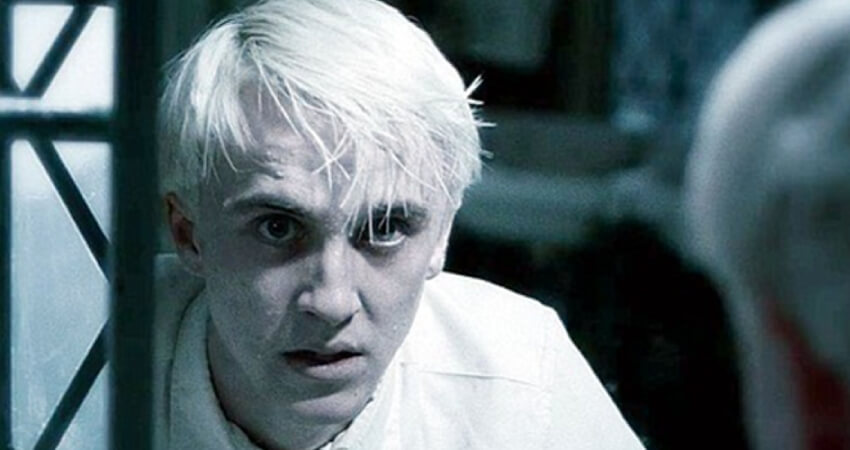 Narcissism is a feature of the psyche where a person perceives themselves as a special, unique individual, considers themselves to be better than those around them, which does not always correspond to reality.

Malfoy has a self-esteem that is too high and an inflated ego. He suffers from pathological narcissism, he considers himself to be someone of the highest class and despises and frankly uses the rest. He deliberately shows his superiority and arrogance, he believes that in this way he will gain the respect of others. Manipulation and lies are natural for Draco, he will easily find excuses for any abominable things, if they lead to profit or amuse his vanity.

Draco Malfoy considers only those who belong to the elite of society, behind the mask of his vanity, he hides the fear of being humiliated and not recognized. Such people constantly need praise, privileges, and demonstrative servility. 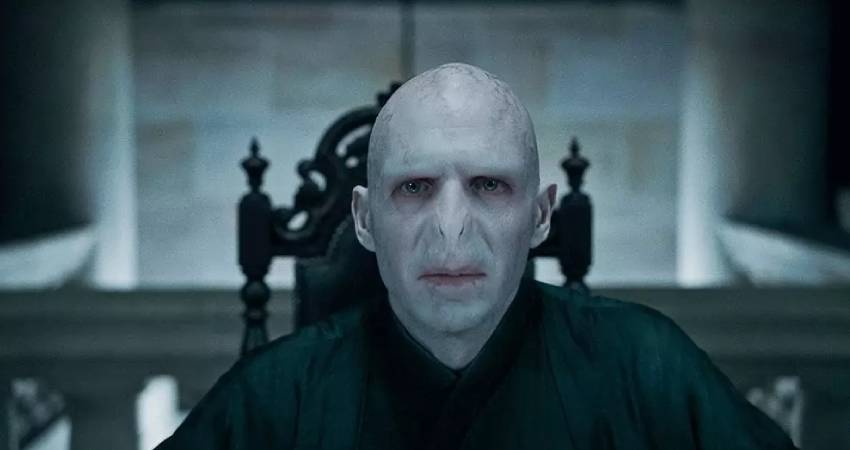 Heartlessness, lack of empathy, callousness - it's all about Voldemort. His behavior clearly shows signs of psychopathy. This disorder can be congenital or acquired in early childhood and is a serious disorder of the nervous system. Such a person is capable of deceit and crime to achieve their goals.

Pathological deceit and a tendency of fraud help him in this. Such individuals are often charismatic and know how to win people over to their side, but this is only to satisfy their own ambitions. If such a person fails to achieve what they want, they become even more callous and cruel. You don't know what to expect from such people, because at any second a psychopath can unleash a wave of anger on you. It’s easy for such people to violate established social norms, they’d rather step on people’s faces to achieve their goals, they don’t care about anything except their own ego.

The feeling of guilt is not familiar to Voldemort, he is characterized only by indifference and contempt for the problems of other people. Voldemort hurts others, both physically and psychologically, like a real classic psychopath. 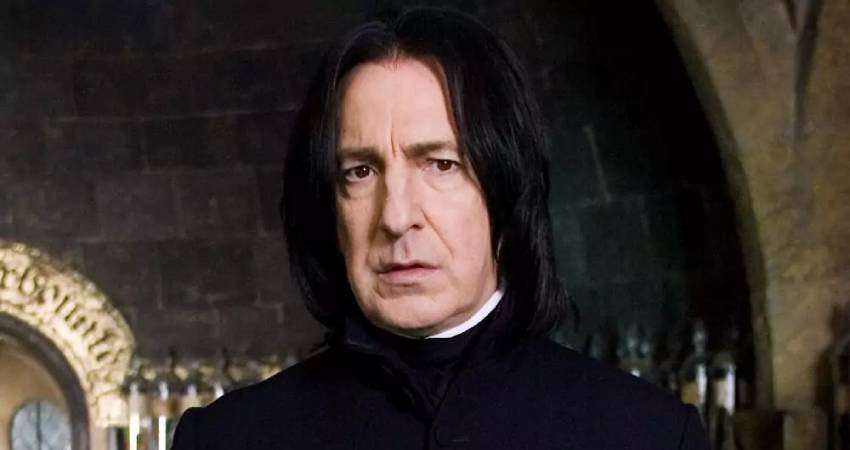 Severus is a person who has experienced one-sided love and the pain of loss. Snape doesn’t want to let go of the past, and he lives with his tragic memories. His soul is full of pain that he can’t share with anyone. He tries to hide it behind a cold personality and a stern look, although this is just a mask. His diagnosis is dysthymia, a type of prolonged depression.

Joanne Rowling describes the symptoms of severe depression in the professor of potions pretty much in detail: he doesn’t really care about hygiene, wears the same clothes, doesn’t keep his own house in order. He’s not interested in meeting new people, nor does he pay special attention to people he’s known for a while. It’s difficult for him to let go of the events of the past and enjoy life. Despite his frustration, he’s able to remain calm in stressful situations.

Over time, severe depression is overgrown with concomitant disorders - panic attacks, extreme social anxiety, and a tendency towards destructive addictions. 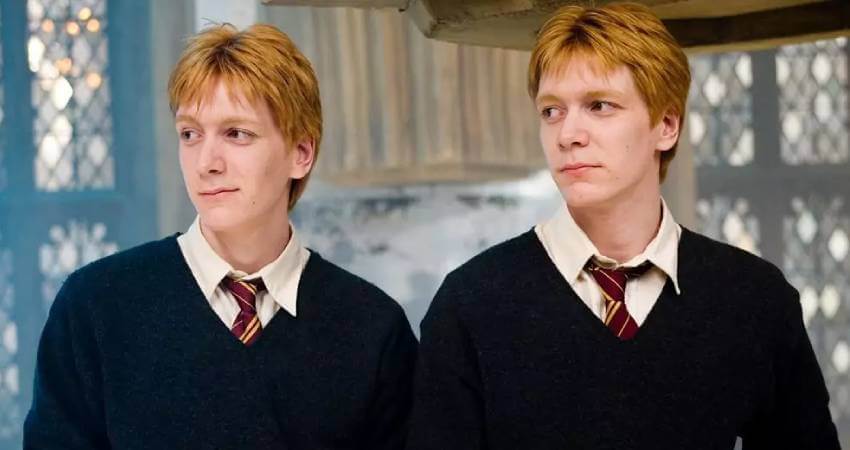 In the ​​Weasley twins, we can observe pronounced hyperactivity that accompanies attention deficit disorder. They are smart and talented but would rather spend their time doing more interesting things than studying.

Both brothers are frivolous, chatty, don’t like to follow instructions or perform routine tasks. Being organized and meeting deadlines is definitely not about the Weasley twins. It is difficult for them to sit in one place, therefore creative activities are closer to them.

They are easily distracted, they switch from one activity to another, they’re always full of different ideas. Their ambitions are sometimes even beyond their capabilities. 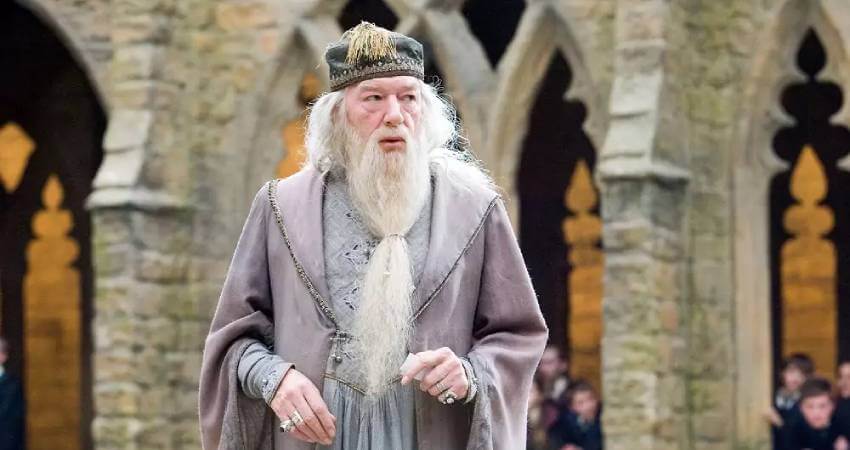 Dissocial personality disorder or sociopathy. At first glance, it seems that this is not about Dumbledore at all. But if we examine in more detail the symptoms of this disorder, we will see that such people are incapable of conforming to social norms, are a little irresponsible and risky, hypocritical and incapable of thorough planning.

Dumbledore is an empath because he helps people with problems, but he doesn’t pay attention to social boundaries at all. It’s easier for him to set his boundaries. He calmly gets Harry into all sorts of troubles, knowing full well that this could end very badly.

He can trick people in order to take advantage of them. But in spite of everything, he’s still kind, and his intentions are good because his sociopathy creates more difficulties for him than for anyone else. 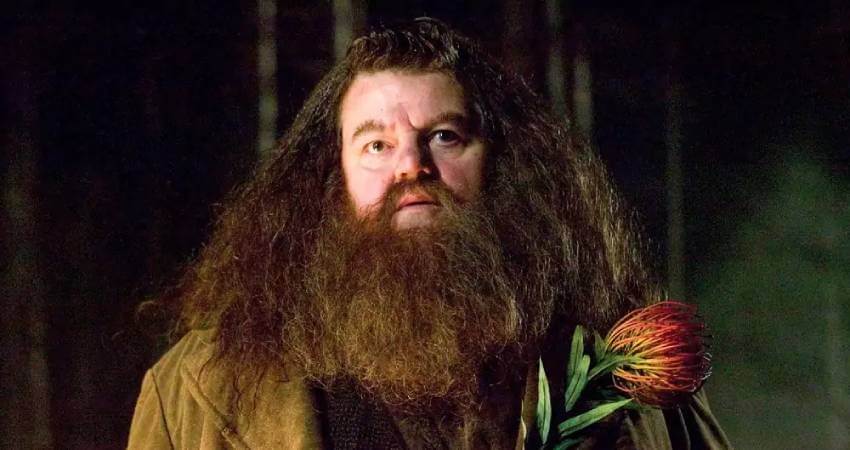 We don’t want to say that it’s hard for Hagrid to learn something or he lacks mental development, that’s not true. It's just that Hagrid prefers to plunge into his business entirely and completely, not paying attention to what is happening around.

He is asocial, his circle of contacts is very narrow. Hagrid lives in a house on the outskirts of Hogwarts, doing what he loves, and he seems to be quite happy.

The friendship of the trinity of young wizards with Hagrid is quite understandable: Hermione wants to "save" him, Ron doesn’t lack confidence in the presence of the giant, and Harry likes the fact that the giant doesn’t expect incredible accomplishments from Harry. 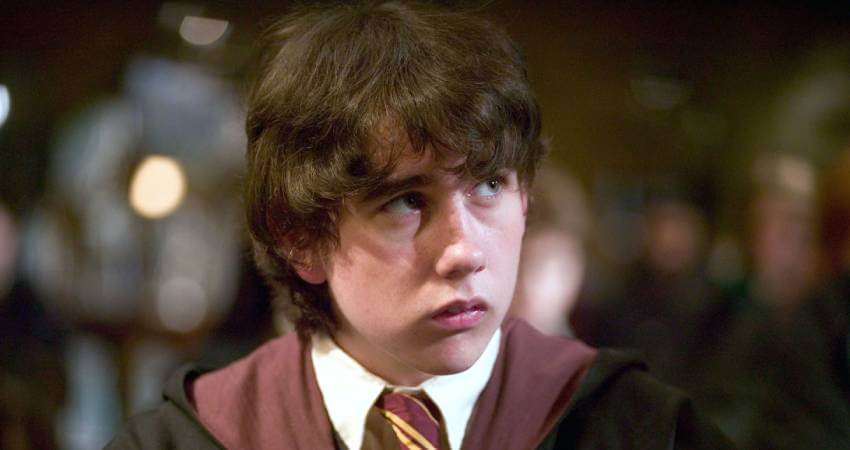 Many people who have experienced terrible events suffer from such conditions as PTSD. Such a severe mental disorder can lead to various consequences and cause new symptoms and diagnoses.

Neville developed this syndrome due to severe childhood trauma. Neville's parents went crazy after being tortured by the Death Eaters. And he could prove himself as a wizard only after his grandfather pushed him out of the window upside down. Of course, such events didn’t pass without a trace for the boy - Neville has increased anxiety, focusing and attention problems. Neville suffers from emotional instability and difficulty making decisions, it’s hard for him to feel happy.

PTSD can lead to nightmares, psychopathic re-experiencing of events (flashbacks), and loss of one's own identity. Such a person will try in every possible way to avoid any associations, events, and people that may remind him of the trauma, cause negative reactions and emotions.