Psychological portraits for the 9 Major Game of Thrones Houses 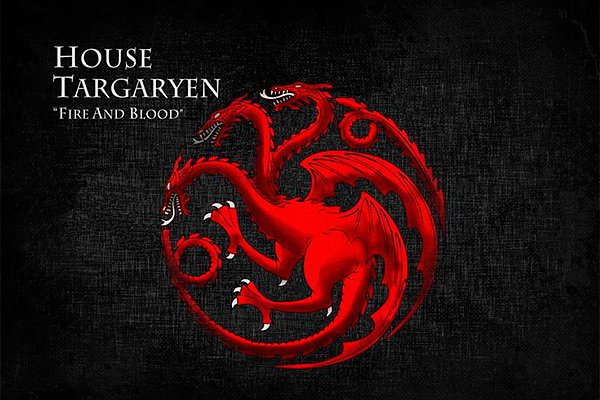 Targaryens have the traits of true rulers, they are natural leaders who lead others. Charisma, selfishness, thirst for dominance, envy, and ruthlessness can coexist with devotion, fearlessness, and generosity.

They have great internal energy and they hate routine. This constantly pushes the Targaryens towards change and new challenges. They are quite touchy and emotionally vulnerable. Recognition of achievements by others is simply vital.

The psychology of the Targaryens' actions is complex - they can be blinded by pride and make stupid mistakes, be obsessed with achieving a goal. At the same time, they are capable of playing complex games that require a brilliant mind and endurance. But the true Targaryens are more often guided by emotions, which can make them dangerous not only for enemies but also for friends.

If, as a result of the test, you ended up in the house of the Targaryens, then with a high degree of probability we can say that you have good organizational skills, and also assume that you are prone to extreme hobbies and dependence on the opinions of others.

The best tests for Tagrarians: 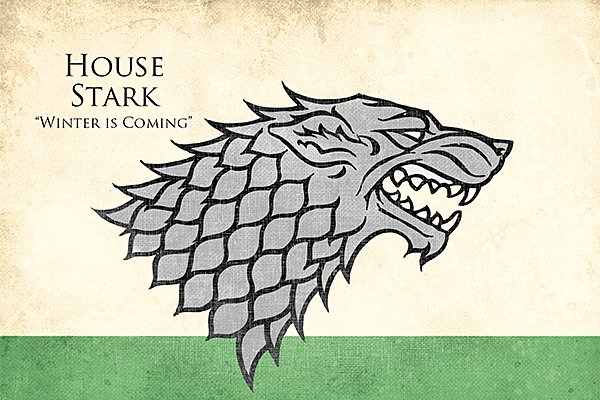 We all love the Starks for their honesty, justice and generosity. As harsh northerners, the Starks are laconic, serious, and thrifty. This does not mean that they lack emotions - they just know how to cope with them.

It is hard to break the Starks, to force them to go against their morals. They are not capable of betrayal, they prefer not to notice the shortcomings of their family members or friends. Starks can overcome any setbacks, rise up and move on. It seems that all really strong people should be like that.

It is hard for the Starks to change their established point of view. They definitely lack cunning, they are not capable of sophisticated intrigues, and they prefer to clearly divide the world into friends and foes, black and white. They value honor and family very highly, and because of this, they tend to get involved in conflicts that could be avoided.

If, as a result of the test, you ended up in the Stark house, then most likely you love dogs, prefer clean frosty air to a beach holiday, and a quiet cozy evening by the fireplace to a noisy party. You prefer to work in a team rather than on your own.

As a Stark, you should definitely take these tests: 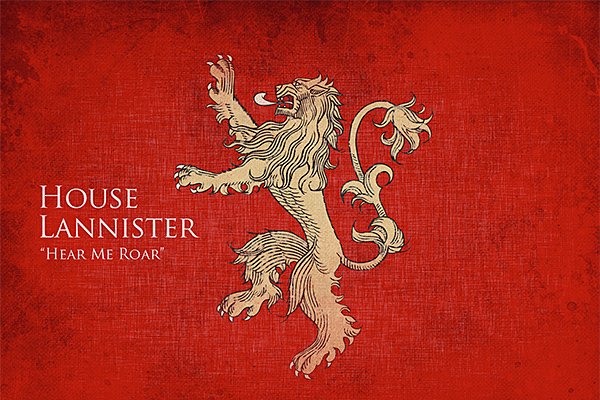 Lannisters are the richest house of the seven kingdoms and this undoubtedly affects their psychological portrait. Lannisters love luxury, they are beautiful, smart, and treacherous. They are very proud, arrogant, and narcissistic, but at the same time, they care about the legacy that they must leave to posterity.

Lannisters will prefer to avoid direct confrontation to defeat the enemy through cunning and intrigues.

Their self-esteem is doing all right - the Lannisters love to be in the spotlight, choose the best clothing brands, and enjoy life. At the same time, symptoms of sociopathy are clearly visible in the behavior of many family members.

As a rule, the Lannisters have a difficult relationship with their family, relatives are pretty annoying to them.

The Lannisters always hold grudges and can be very vindictive and ruthless. They hatch plans for revenge for a long time and do not think twice when it comes to using other people. In general, they consider themselves better than others and are sure that other people are obligated to serve them as a tool to achieve their goals.

House Lannister Motto: "Hear Me Roar!" Another popular saying attributed to them is that “A Lannister always pays his debts”.

If as a result of the test you ended up in the Lannister house, then it is highly recommended to pass these tests:

Arryn of the Eyrie 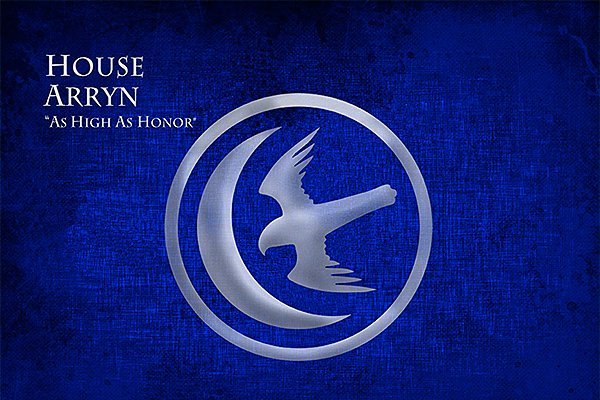 The Arryns always carry a slightly aloof and proud attitude that can even seem haughty. In fact, it is only when they are in their comfort zone that they feel safe. Therefore, they did everything to make Eyrie Castle impregnable.

The Arryns are quiet and reserved individuals, interested in a quiet life. They have a highly developed internal sense of duty, so their actions are deliberate and motivated.

The Arryns are astute, diplomatic, and wise. People from this house are honest, not prone to behind-the-curtain intrigues, and you can rely on them. They act as mediators in conflict resolution. Although in the past the Arryns have participated in many battles for annexation and proved to be brave warriors, now they do not show much ambition of their own, they are much more comfortable "going with the flow" than fighting to improve their positions.

If, as a result of the test, you ended up in the Arryns' house, then you can definitely replace the judge at the next hearing - there is no doubt about your objectivity and fairness.

The best tests for the Arryns: 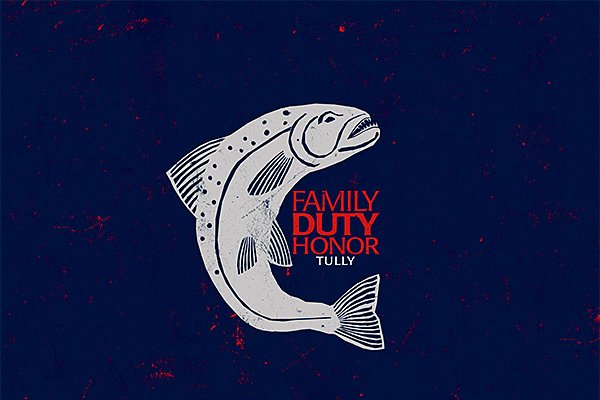 The Tully house motto is "family, duty, honor". They are true to these three postulates, but family ties really come first. The Tullys can be characterized as pretty kind and gentle people, but they will fight ferociously till the end to protect those they love.

The desire for harmonious relationships makes the Tully romantic idealists. They are too naive and gullible, and tend to believe in the best qualities of people, which makes them vulnerable.

If, as a result of the test, you ended up in the Tully house, then with great confidence we can say about your sentimentality and tendency to sacrifice your interests for the family's good. An excess of empathy makes you too susceptible to other people's problems and misfortunes.

Each Tully is recommended to take these: 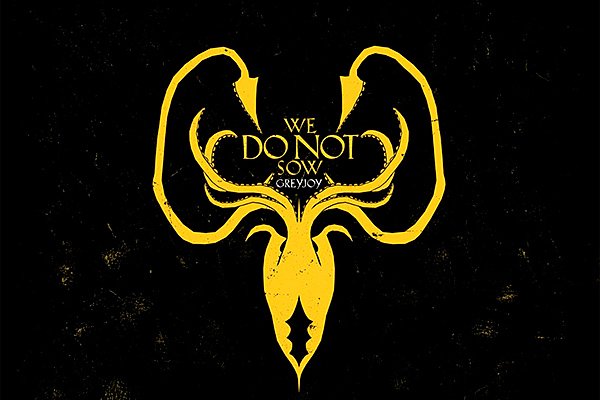 The Greyjoys do not fear death - they are truly reckless, grumpy, and cruel. The Greyjoys consider it their right to take property from others. Their motto "We Do Not Sow" does not mean that there are no fertile fields on their harsh lands, but declares their right to rob neighbors.

The suppression of the rebellion and the failure to satisfy such serious ambitions brought the House of Greyjoy to humiliation and gave rise to a wide range of psychological problems. For example, all members of the household exhibit symptoms of post-traumatic stress disorder and are prone to manic aggression. It can manifest itself in a latent form and lead to jealousy, envy, and low self-esteem (Theon) or open hostility towards others and lead to an inadequate assessment of one's strengths (Euron).

If, as a result of the test, you ended up in the Greyjoy house, then your mental stability is questionable. Apparently, you have experienced heavy blows of fate, and have problems with self-esteem, anxiety, and sadistic tendencies.

House Greyjoy Motto: "We Do Not Sow"

The best tests for the Greyjoys: 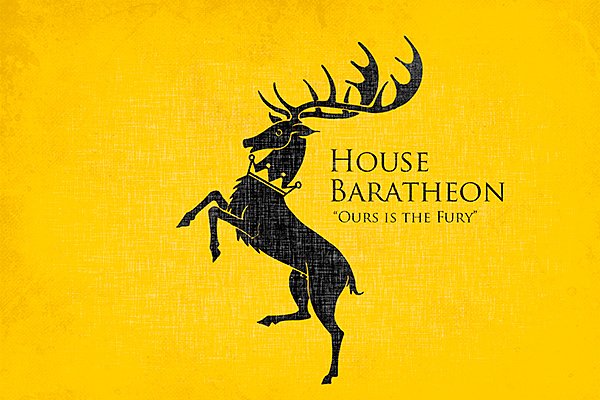 Most Baratheons are short-tempered, stubborn, bold, and ambitious. These are not the most insightful people - it is hard for them to understand even their own feelings and desires. Therefore, their relationships with others are far from harmonious.

Baratheons look for practical value in everything - people from this house are quite pragmatic and keep their feet on the ground. They are far from being sentimental and romantic.

Under stress, Baratheons lose their ability to see things rationally - they become ruthless and make rash decisions. That makes them unpredictable - you can hardly guess whether you will be rewarded or punished by Baratheon.

If, as a result of the test, you ended up in the house of the Baratheons, then you can certainly say that you are not the best team player, react sharply to criticism, are prone to various kinds of anxieties, and poorly calculate the risks of your actions.

House Baratheon Motto: "Ours is the Fury"

The best tests for Baratheons: 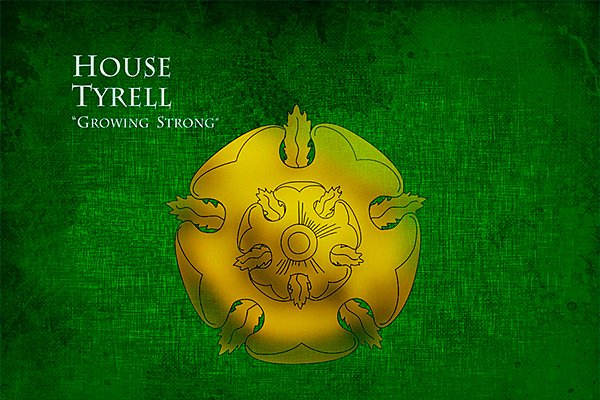 House Tyrell members are skilled manipulators, preferring to get their way through cunning rather than outright aggression. Such people are very perceptive, courteous and will definitely use the weak points of any person useful to them. They will smile and flatter their enemies to create the necessary illusion of good nature.

The Tyrells are not the richest house - their desire to rise to the level of other great houses makes them active and proficient in doing business. At the same time, they are ambitious and brave enough to up the ante and take risks where they can succeed. But the Tyrells are much more comfortable at the negotiating table than on the battlefield.

The Tyrells strive for beauty and luxury - without a doubt, they can be given the title of the most stylish house in the Seven Kingdoms.

If, as a result of the test, you ended up in the Tyrell house, then we can confidently say that you are able to understand other people's souls subtly. Your sense of superiority over others feeds on it, and sometimes you use this ability to manipulate for your own purposes.

The best tests for Tyrell: 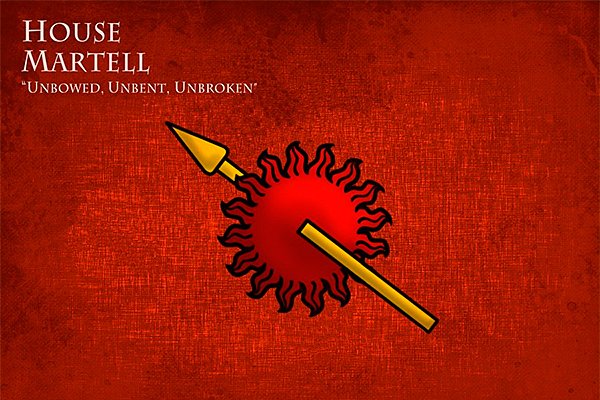 The Martells' behavior is similar to one of snakes: they can be cautious, calm, thoughtful, and prudent like Doran or similar to Oberyn: impulsive, dangerous, and temperamental.

The Martells are the only house left unconquered by the Targaryens. Therefore, the spirit of freedom, the denial of established foundations, and waywardness are visible to the naked eye in their actions.

Although Martells appear to be lustful and promiscuous, they are actually very sentimental and attached to those they love.

Each Martell is a strong individual character, attractive thanks to their energy and passion.

If, as a result of the test, you ended up in the Martell house, then we can say with confidence about your desire for independence and your rebellious spirit. That can manifest itself in many ways - in your lifestyle, profession, choice of clothes or food, or even simply in the fact that you have your own opinion and are not afraid to express it.

The best tests for the Martells: